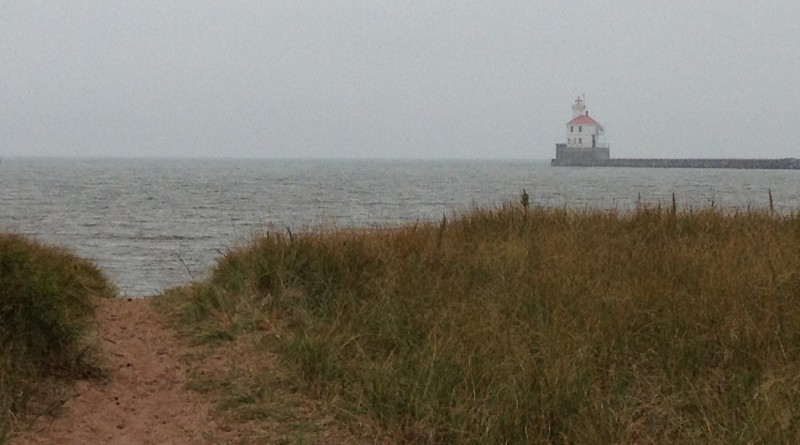 The Wisconsin Point peninsula along Lake Superior is a haven for outdoor enthusiasts. It is also a living heritage site for the indigenous people of the land, particularly the Fond du Lac Band of Lake Superior Chippewa. Increased human use of the peninsula, however, has resulted in shoreline erosion and dune wear-and-tear at lake access points. To address these issues in the St. Louis River Habitat Focus Area, the City of Superior, Wisconsin, led a project to restore wildlife habitat. The project also made the area more accessible for people with disabilities.

Following 3 years of work, the project team has restored nearly 155 acres of the Point’s habitat. Restored habitat types include sand and forested dunes, coastal forest, shoreline wetlands, and other types of wildlife habitat. The project also restored and stabilized two-thirds of a mile of shoreline. The lakefront beach access—notably new boardwalks, parking, and restrooms—now comply with the Americans with Disabilities Act. Beyond improved beach accessibility, the new boardwalk was strategically placed to reduce human disturbance to habitat for piping plovers, an endangered bird species.

The St. Louis River is one of 31 Areas of Concern across the Great Lakes. This designation is given by the U.S. Environmental Protection Agency (EPA) to areas that have experienced environmental degradation. The Wisconsin Point project was specifically identified as a priority management action under the St. Louis River Area of Concern 2013 Remedial Action Plan Update (PDF, 108 pages). It addressed a “beneficial use impairment” for loss of fish and wildlife habitat under the plan. The successful completion brings the St. Louis River one step closer to being removed from the list of Areas of Concern. Delisting occurs when all management actions needed to restore a damaged or degraded habitat have been completed.

The project was led by the City of Superior in partnership with the Wisconsin Coastal Management Program and the Fond du Lac Band of Lake Superior Chippewa. NOAA’s Office for Coastal Management provided $1.5 million in funding through the Great Lakes Restoration Initiative and completed an environmental assessment (PDF, 65 pages) for the project.